A: My name is Bhajan Singh. But on papers its Gurdayal Singh.

Q: What is your father and grandfather’s name?

Q: Do you know anything about your village history?

A: Most of our grandparents moved from Gharka. I was born here in Karmuwala. Those who had land in Karmu di Patti mostly moved here rest sold their lands to others. This village had many Hindu families, but after 1984 all left the village and sold their lands at whatever price they could gather. There are many villages with Muslim names but have no Muslim population here; too many Muslims left after 1947. Some came here started living in nearby villages and some living in our village too.

Q: Do you know anything about Sunder Singh?

A: There are two Sunder Singhs.

Q: I am asking about the one who lived in Singapore?

A: Yes. His son Hardit Singh was of the same age as me. He left with his father to Singapore too.

Q: What do you know about them?

A: He was a good man, but I don’t know what happened to them. Once, they lived like kings, but now his family barely has any land left. They sold their land to survive. His grandson lives in the village (Jaspal Singh). This is his land. (pointing towards the land near the river) most of it is in the river now.

Q: Who was the elder brother among them?

A: Hardit Singh. Bhal was younger.

A: I worked in fields all my life. Never left the village to live anywhere else. Now I am retired and sit here under the sun in winters and under the shades of trees near the shrine in summers.

Q: Is it true that Sunder Singh bought land in Faridkot?

A: Yes. He bought the land, but the nawab did not let him settle there. He lost so much of his wealth because of it.

Q: What kind of trading business was he involved in?

Q: Do you know anything about the wells that Sunder Singh dug?

A: Yes. It was difficult for everyone to bring water from the river to our fields. We used to do that with the help of cows. Sunder Singh dug seven wells. It made it easier for him to do farming. Even for the drinking water, we used those well.

Q: Where were these wells?

A:  No. they were everywhere around the village but all on his land as he had land in many places in the village only. He used to lend money to others in exchange for land. So he got many fields in the villages.

Q: Is there anyone older than you in the village or of your age?

A: I don’t know. There was one that I know, but he recently died at the age of 95 years. You can talk to Gurbachan Singh, chairman; he is politically active so he might know many things about this place. 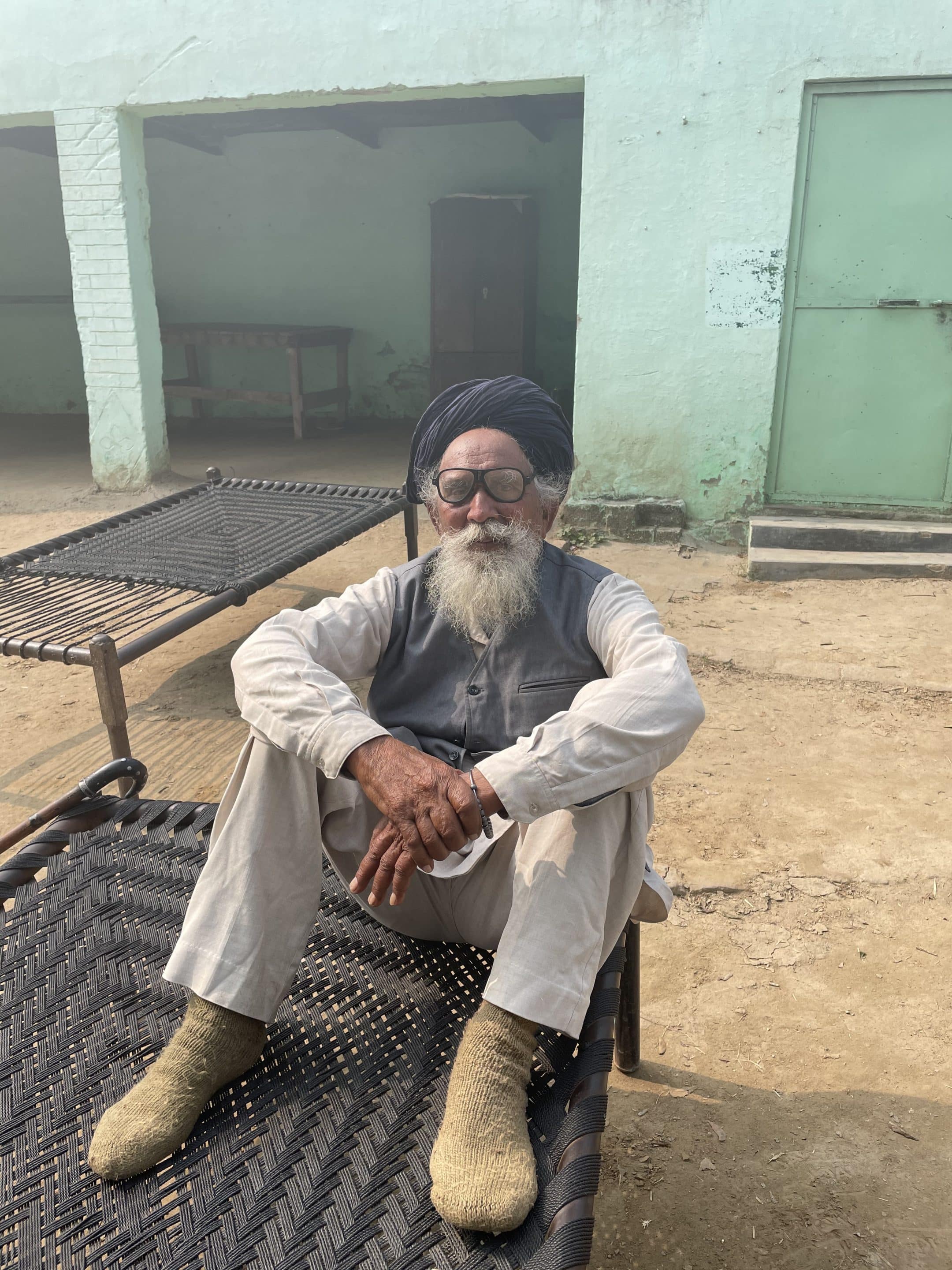