A: My Name is Naseeb Chand

Q: What do you about the history of the Karmuwala village?

Q: Do you have any idea when did people moved from Gharka to Karmuwala?

A: I guess 2 generations already lived there when I was born.

Q: Was Karmuwala named after a person or after anything?

A: No. Its just a Patti Karmu. Karmuwala was not a village. It was known as Karmuwala di Abadi (Abadi means population. Those who lived on Karmu Patti started calling them Karmuwala.

A: I was Sarpanch for 20 years of both villages. I had panchayat members who were friends from Karmuwala village. Nazar Singh, but he died. I was provided CRPF force in 1984 cause I took a stand and I was the lone hindu in the village. Police used to station outside my house all the time.

Q: Do you have any record of the village?

Q: Have you heard about any other wealthy or notable person from Karmuwala?

A: I have heard about the uncle of Gurbachan Singh Karmuwala, Rur Singh. He bought so much land and remained unmarried. He gave his land to his brother’s family when he died.

Q: Do you know anything about Sunder Singh?

A: I don’t have much knowledge about that village. I just visited there once when the government was doing murabba bandi of all villages.  (After some time, he recalled Sunder Singh) They were known as mehalwale also known as mehalwala shah around the area but I have never seen them as they did not live here. I was very young at that time.

Q: Have you seen that mehal?

A: Yes. I have seen the mehal.I went there with my father when I was a kid. My father’s relative’s daughter (From Baba bakala Area) got married in Karmuwala. The wedding procession stayed there in the village. I stayed there for two days. They had land around the house. And mehal was in the centre. There was a handpump outside his house where I and others took bath. All the junj(wedding procession) in those times used to stay in there only. I have seen chubaras. I never saw any house like that anywhere those time. There was another man some Shah, even he had a beautiful house in the centre and space around the house.

Q: Do you know any other person who might have any other record?

A: Dr. Jasbir singh is fighting a case against government. He has a record which is written in urdu. Its from 1852. Some clerk of britisher gave the land to his ancestors. The case is ongoing in the court. 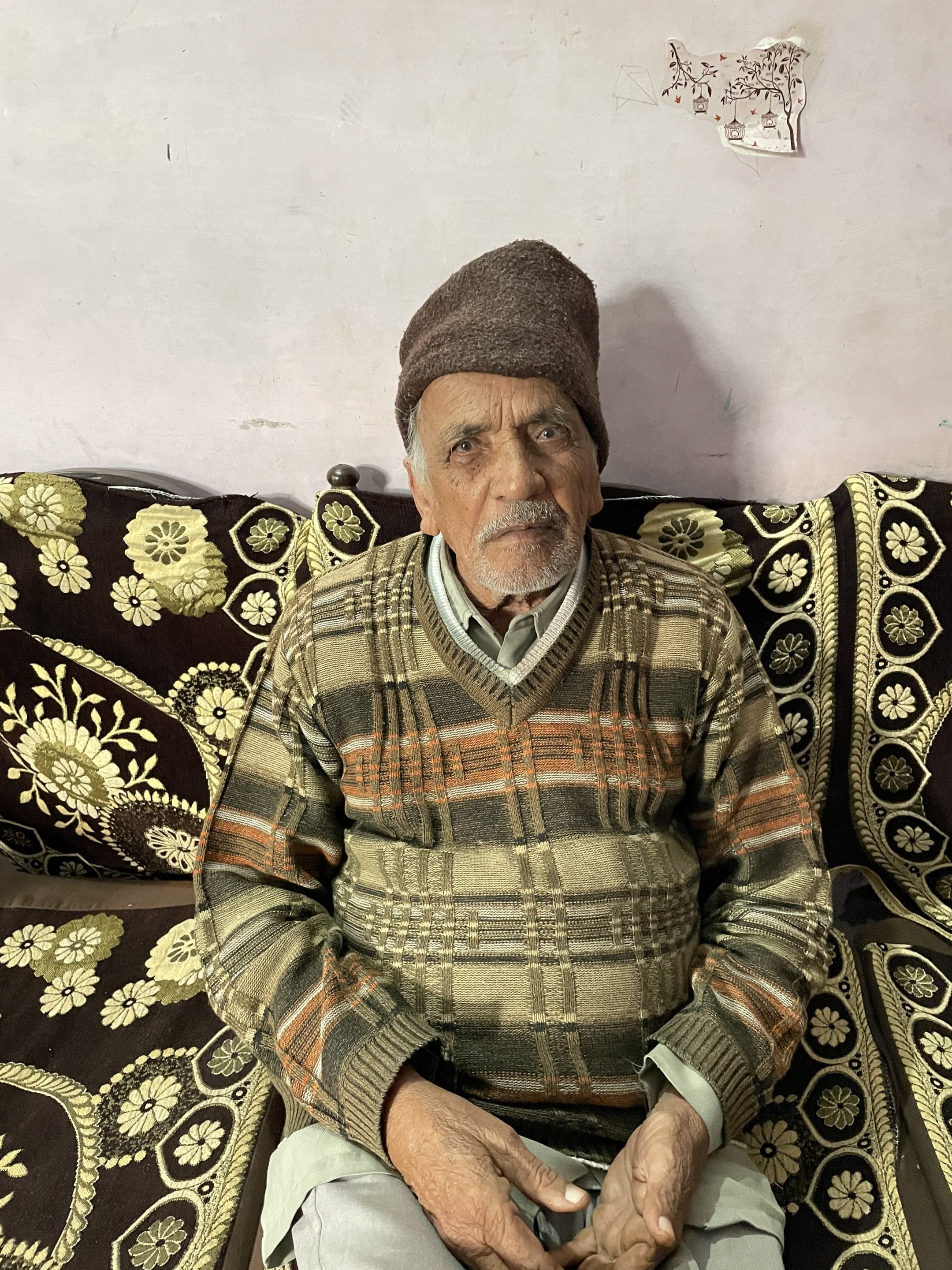