A: My name is Jaspal Singh

A: I don’t exactly know the date, but the year was 1945, 2 years before partitioning

Q: What is your father and grandfather’s name?

Q: Do you know anything about your father?

A: He lived in Malaya, which later became Malaysia when I was very young, and never returned.

Q: When did he pass away?

A: I don’t exactly know when but some relative told me he died in Singapore.

Q: When was he born?

Q: What do you know about your father’s family?

A: Not much. But there were two brothers Hardit Singh and Bhal Singh. Hardit Singh lived in Singapore and did business; he left India with his father, Sunder Singh.

Q: Who was the elder brother among them?

A:  After my father left for Malaya, I left the village and lived with my maternal grandparents for 28 years. I returned to Karmuwala later and renovated our ancestral house, which used to be a haveli earlier time. I have been to Singapore myself, but later I met with an accident and I was bed-ridden for a long time.

Q: What do you remember of your grandfather?

A: My grandfather was a wealthy and humble man. He was into the trading business. He went to Singapore to expand his business. I remember playing with him when I was young. We used to visit to go other villages as well as other festivals on his Tonga. My grandmother Kishan Kaur also used to go with us, which was not common in those days for women to go out of the home.

Q: What kind of trading business was he involved in?

A: I don’t exactly know, but there used to be some bags he used to bring from Singapore.  Those bags are still there somewhere with our relatives.

Q: Did your grandfather have any brother?

A: Yes, his name was Inder Singh. He was his younger brother and ~16 years younger than Sunder Singh.

Q: Did your grandfather tell you stories of your ancestors?

A: No. I was very young when Sunder Singh died and left the house with my mother to live with my maternal grandparents.

Q: What do you know about the history of Karmuwala village?

A: Karmuwala village is a part of Gharka village and hadbast, and on papers, Karmuwala doesn’t exist. It is known as abadi Karmuwala. The village Panchayat got separated from Gharka in the year 1996.

Q: Do you know any other notable families from your father’s time that I can interview?

Q: Do you know any stories about your grandfather?

A: There are many. 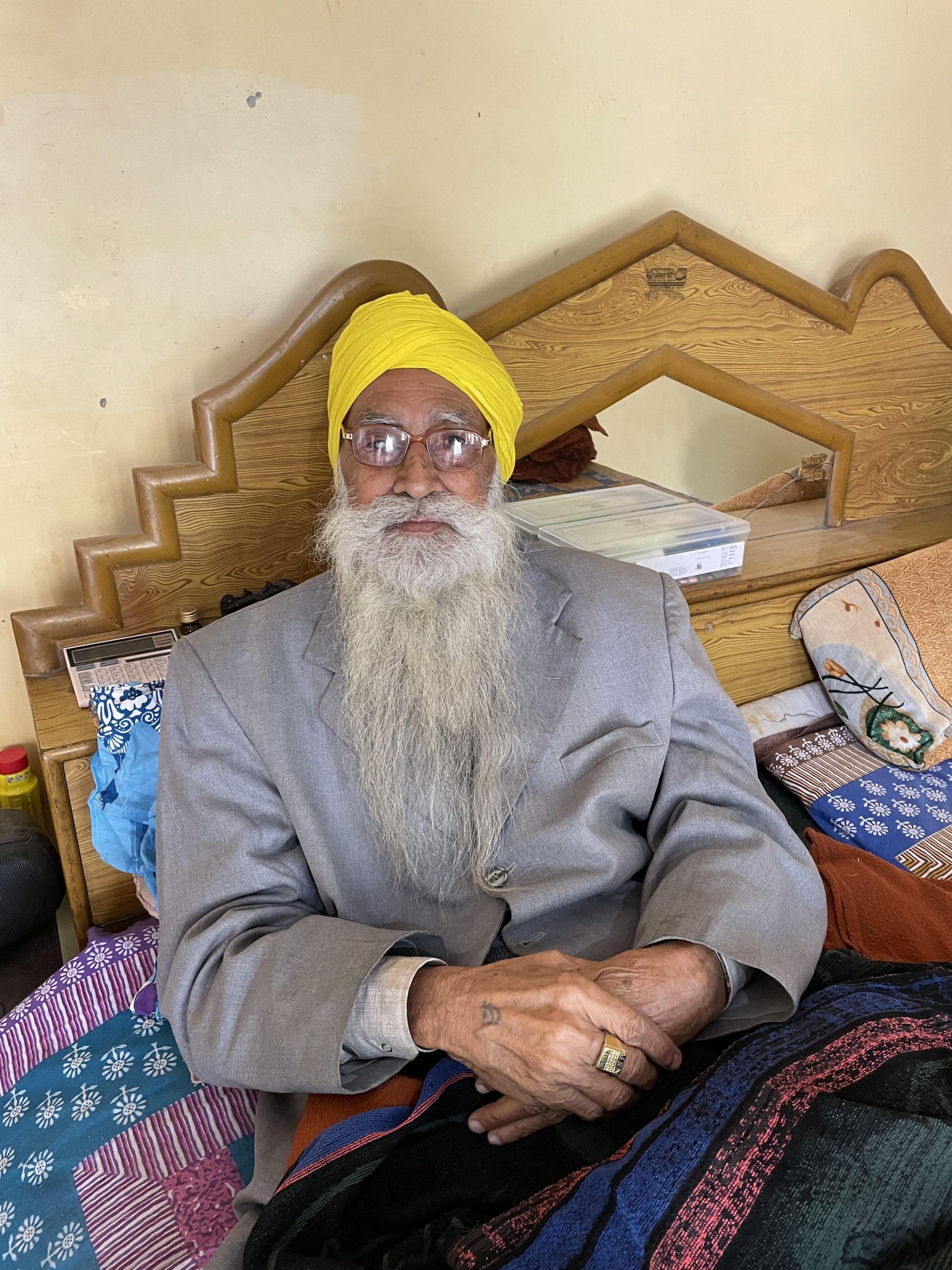